What does Vivante Espero do?

Publishes materials in support of NARSOL.

Provides a place for attorneys and legal professionals to connect.

Finances litigation and amici support on behalf of NARSOL

Provides funding in support of a national/regional leadership training project.

By Michael Karlik . . .  Although the Colorado Supreme Court insisted its ruling applied narrowly, advocates for defendants believe the justices have laid a foundation for challenging the constitutionality of the state’s sex offender registration laws more broadly. On Monday, the Court decided by 6-1 that it violates the Eighth Amendment’s prohibition on cruel […]

Another nail in the coffin of sexual offense registries

By Rory Fleming . . . On June 8, the American Law Institute, arguably the most prestigious non-governmental law reform organization in the country, concluded its national meeting. One of its agenda items was to have its thousands of elected members—top federal appeals judges among them, who enjoy lifetime appointments after being confirmed by the United States Senate—vote on a draft […]

NARSOL quoted in case about internet policy in Colorado

By Michaek Karlik . . . It does not violate the First Amendment for a court to impose broad restrictions on a sex offender’s use of the Internet and social media during his sentence, the Court of Appeals decided on Thursday. A three-judge appellate panel rejected the claims of Christopher David Landis that such limitations […]

Robin Vander Wall: “I want to be a conduit for change.”

By Robin . . . I am the vice chair of the National Association for Rational Sexual Offense Laws (NARSOL) and the founder and president of Vivante Espero, the foundation that supports it. Our main focus is on reforming the incredibly onerous and punitive sexual offender registry laws that exist throughout the country.  We are […]

By Sandy . . . At NARSOL, each of us wears many hats. Robin Vander Wall is the organization’s vice-chair, president of its foundation (Vivante Espero), sits on several working committees, and is chair of the marketing and finance committees. It is in that last role that he left his home state of North Carolina, […]

By Robin . . . The combined boards of NARSOL and its foundation Vivante Espero met for three days of intensive work and training at its annual retreat in Houston, Texas, from January 11-13.  Joined remotely by two directors who were unable to be in attendance, all ten directors spent Friday giving serious scrutiny to […]

Vivante Espero is NARSOL’s 501(c)(3) foundation, which manages opportunities to educate and inform the general public about laws and policies that dehumanize individuals previously convicted of a sexually-based offense. Like NARSOL, it seeks to raise the public’s awareness about the direct and collateral harms associated with any existing or proposed legislation at the local, state, or national level that impedes, restricts, or outright violates the civil rights of our citizens. Vivante Espero also houses NARSOL’s legal fund, which is used to support civil rights challenges around the country that offer a chance for improving the lives of many registered citizens.

Since 2009, Robin has served NARSOL in various capacities: 1) editor-in-chief of the Minutemen, 2) inaugural chair of the legal committee (now SLAP), 3) organizing facilitator for the committee of electors, 4) chair of the by-laws committee, 5) custodian of the by-laws, as adopted, and 6) parliamentarian for the admin team on which he has served since 2010. Robin spent more than six years in the Virginia penitentiary after being convicted of computer solicitation (law enforcement sting operation). Prior to his conviction, he was active as a professional political consultant on a number of state and federal campaigns. At the time of his arrest in 2003, Robin was a third-year law student at Regent University School of Law (Virginia Beach) and was scheduled to receive joint degrees in Law and Political Management the following spring. He holds a bachelors of arts in political science from The Citadel in Charleston, South Carolina. From 1993 to 1997, Robin was president and publisher of the Citizen, a weekly tabloid on politics and culture published in Raleigh, North Carolina. Robin was removed from the NC sex offender registry in 2019. 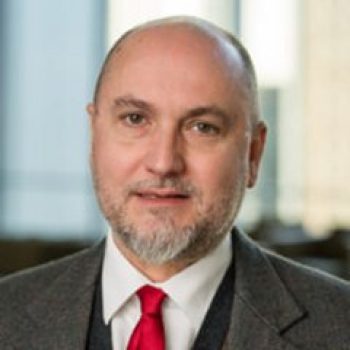 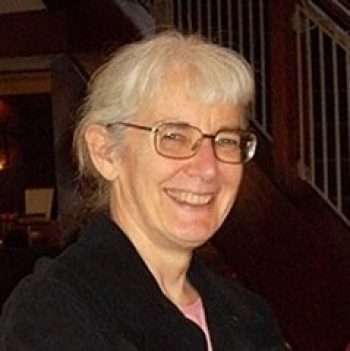 Brenda has been involved in this cause since September of 2009. She started by looking for support but quickly saw the magnitude of the pain and despair faced by others affected by these draconian laws. When a high-profile murder in Maryland sent lawmakers scurrying to pass tons of tough-on-sex-offenders laws, Brenda dove in headfirst and, as she says, “I have never looked back.” Brenda has been executive director of state affiliate FAIR (Families Advocating Intelligent Registries) since its inception in 2010 and in 2012 became the first executive director of then-RSOL. Under her administration, NARSOL has seen many changes: increased transparency, launch of a membership program, and a more robust state affiliate initiative.

Sandy became involved with NARSOL through Texas Voices, our Texas affiliate, and Mary Sue Molnar, its executive director. She was seeking answers as to what to expect when a family member was charged with sexual misconduct and given probation. When she was asked to join the Minutemen, an NARSOL project focused on writing article comments and letters to editors, she did, and in that position she was forced to educate herself as thoroughly as possible. Sandy was appalled by the breadth and scope of ignorance about virtually every aspect of sexual offender issues. As her family has a history of intra-familial sexual abuse going back at least three generations, she felt she had a unique perspective on the issue. Sandy admits, “I am far from an expert; I learn something new almost every day. However, one thing I know beyond any certainty: whether from the victim’s perspective, from the offender’s perspective, or from a more neutral perspective as an uninvolved member of society, the public registry is most emphatically not the answer to anything, no matter what the question is.” Sandy now serves as communications director for NARSOL and is editor-in-chief of the Digest. 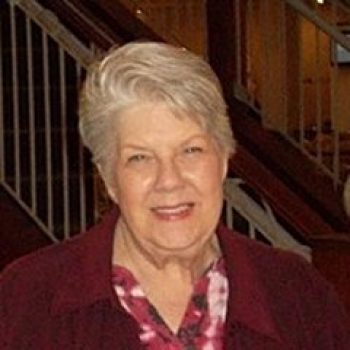 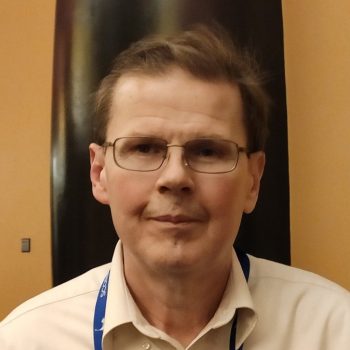 Larry Neely serves on the board of directors of Liberty and Justice Coalition, our New Mexico affiliate, and is currently employed as a paralegal. In addition, Larry contracts with the law office of the New Mexico Public Defender (LOPD) as a SORNA expert. Larry was previously employed by a New Mexico non-profit organization where he gained many years of experience working in the legislature advocating for a variety of causes. Larry has assisted other states in developing their advocacy networks, including Maryland and Nebraska. He provided substantial assistance to Nancy Forster, a Maryland civil rights attorney, as she spearheaded two successful challenges against that state’s registration requirements. Larry has provided writing and research to attorneys in others states regarding registration challenges and testified as an expert witness in others. Most recently, Larry assisted a Georgia attorney in overturning a conviction in a habeas corpus proceeding.

Philip is a retired U.S. Navy Chief Petty Officer and registered citizen who lives in West Virginia. He’s been actively involved in the reform effort since he joined NARSOL in 2012 and became a lifetime member in 2014. In 2014 he assumed the role as NARSOL WV state contact and advocate and NARSOL Region Two affiliate coordinator. He served on the NARSOL Electoral Committee as a member starting in 2016; in 2018 he was elected as the committee’s vice chair and subsequently chair. In late 2018 the Electoral Committee was replaced by the NARSOL Nominating Committee, and Philip was appointed by the NARSOL Board to be its inaugural committee chair. In 2018 he was appointed to the board of NARSOL’s foundation Vivante Espero. He also currently serves on the NARSOL Technology Committee and NARSOL Finance Committee. Phillip holds an Associate of Science in finance from Hawaii Pacific University and a Bachelor of Science in business administration from the University of Phoenix. He is a major donor to NARSOL and Vivante Espero and maintains as a personal motto: “It’s not about equal giving but rather about equal sacrifice – for unto whomsoever much is given, of him shall be much required: and to whom men have committed much, of him they will ask the more.” Luke 12:48 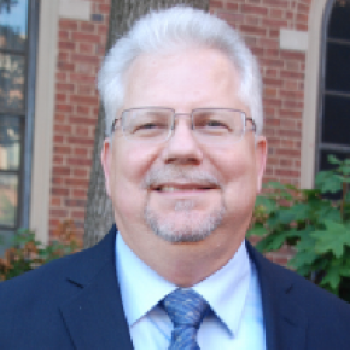 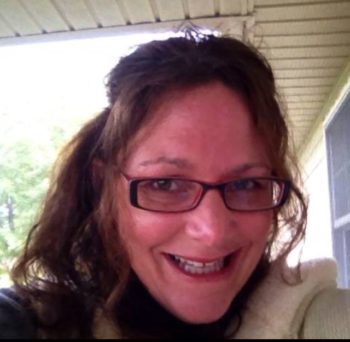 Tammy has served on the NARSOL admin team since 2012. Originally holding steadfast, conservative views of what should happen to those that disobey the law, she soon discovered that basing a person’s level of risk or likelihood that they will commit a new offense after completion of the sentence is based more on associated stigma-like ideology than evidence-based research. After experiencing this firsthand in working with offender populations before and after the inception of the public registry, she has remained dedicated to volunteering her time to sex offender registry law reform. Throughout her career, Tammy has continued to work with both victims of sexual abuse and former offenders. She maintains the belief that if the lawmakers, media, and public understood this complex issue, they would support more effective policies. Tammy has been an advocate of law reform since 2007 and has been involved with both national and local advocacy endeavors. 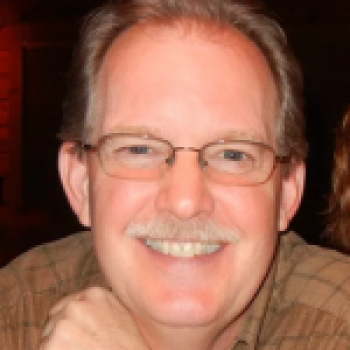